The Blythe Intaglios is a collection of giant incised geoglyphs/pictographs, located near Blythe in the Colorado Desert of the United States.

Over 200 intaglios have been identified across the region, with the Blythe Intaglios being the most well-known for their unique depictions of three human-like figures, two four-legged animals, and a spiral.

The Blythe Intaglios were first mentioned during the 19th century, but were rediscovered in 1932, when they were spotted by George Palmer, a pilot flying a route from Las Vegas to Blythe.

This led to a survey of the area in 1932 by Arthur Woodward of the Natural History Museum of Los Angeles County, and subsequent academic studies, until they were placed on the National Register of Historic Places in 1982.

The geoglyphs were created by scraping layers of surface rocks and pebbles to reveal a stratum of lighter soil, whilst the displaced material was carefully positioned to outline the figures. The largest of the Blythe Intaglio group measures 171 feet (52 m) in length, and is really only visible from the air. 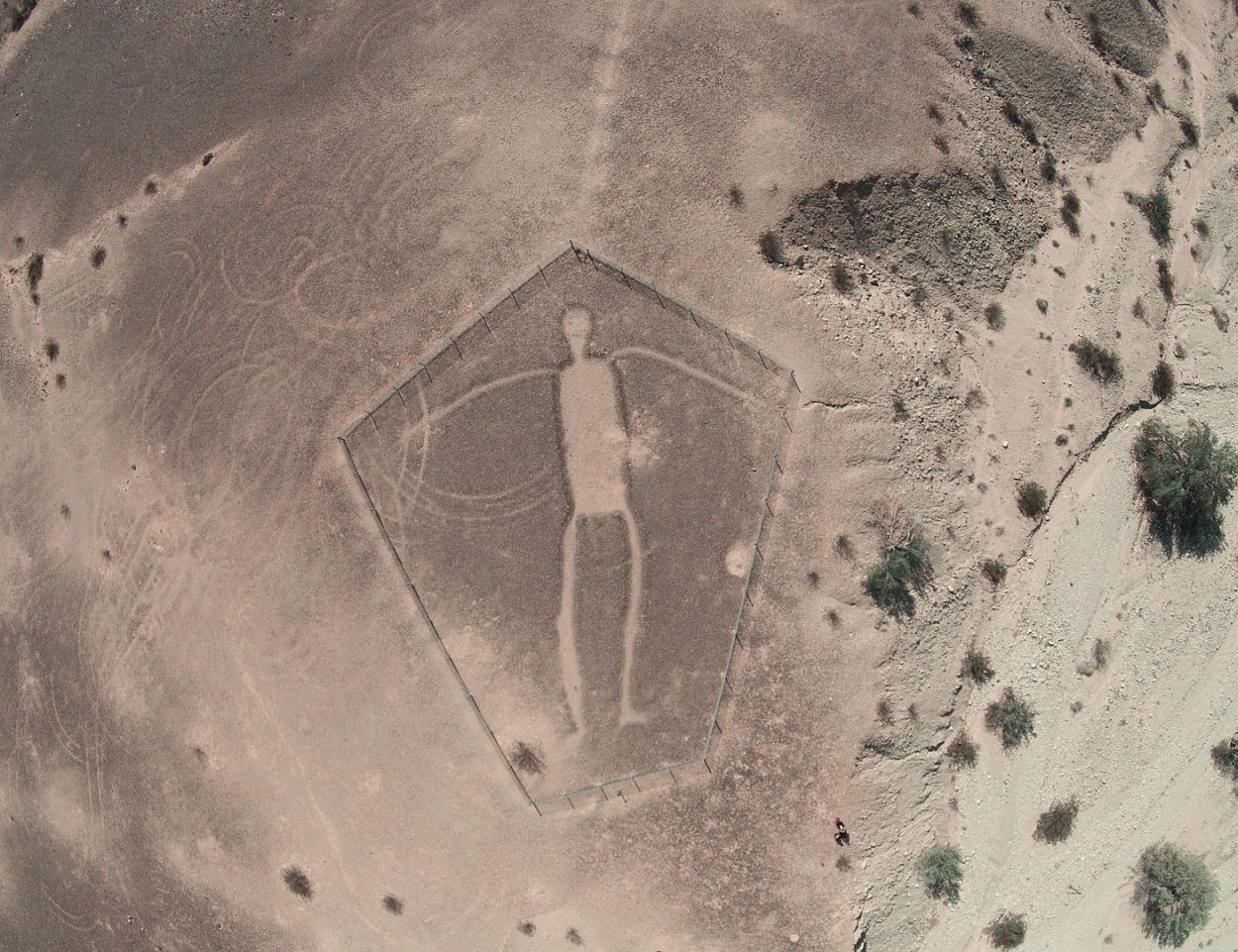 Image Credit : Rsfinlayson – CC BY-SA 4.0Dating of the Blythe Intaglios has proven problematic due to the lack of definitive archaeological evidence, with some sources suggesting they are prehistoric in origin, although they are generally accepted to be between 450 and 2,000 years of age.

Their purpose is also a mystery, with some historians suggesting that the Intaglios were made by the Mohave and Quechan, and that the human figures represent Mastamho, the Creator of all life, whilst the animal figures represent Hatakulya who helped in the creation.