Did Neanderthals eat their Vegetables?

The popular image of the Neanderthal as a club-wielding carnivore is a somewhat primitive conception, according to a new study conducted at MIT. According to this study, our prehistoric cousin may have consumed a more varied diet that was still heavy on meat, but would have also included plant tissues such as tubers and nuts.

Scientists from MIT and the University of La Laguna have identified human fecal remains from El Salt, a well-known Neanderthal occupation in Southern Spain that dates back 50,000 years. The research team analyzed each of the samples for metabolized versions of animal-derived cholesterol, as well as phytosterol, a cholesterol-like compound found in plants. All of the samples did contain signs of meat consumption, but two samples showed traces of plants- the very first direct evidence that Neanderthals possibly enjoyed an omnivorous diet.

“We have passed through different phases in our interpretation of Neanderthals,” says Ainara Sistiaga, a graduate student at the University of La Laguna who led the analysis as a visiting student at MIT. She and her colleagues have published their study in the journal PLoS ONE.

“It’s important to understand all aspects of why humanity has come to dominate the planet the way it does,” adds co-author Roger Summons, a professor of geobiology in MIT’s Department of Earth, Atmospheric and Planetary Sciences. “A lot of that has to do with improved nutrition over time.”

While scientists have attempted to reconstruct the Neanderthal diet, most of the evidence has been inconclusive. For example, researchers have analyzed bone fragments for carbon and nitrogen isotopes -indications that Neanderthals may have consumed certain prey, such as pigs versus cows. This type of isotopic data can only differentiate between protein sources- underestimating plant consumption, and therefore presenting the Neanderthal as a purely carnivorous being.

Other researches have recently identified plant microfossils trapped in Neanderthal teeth. This finding suggests the species may have led a more complex lifestyle with activities such as harvesting and cooking a variety of plants in addition to hunting prey. However, Sistiaga says that it is also possible that Neanderthals did not eat plants directly, but rather consumed them through the stomach contents of their prey, subsequently leaving traces of plants in their teeth. 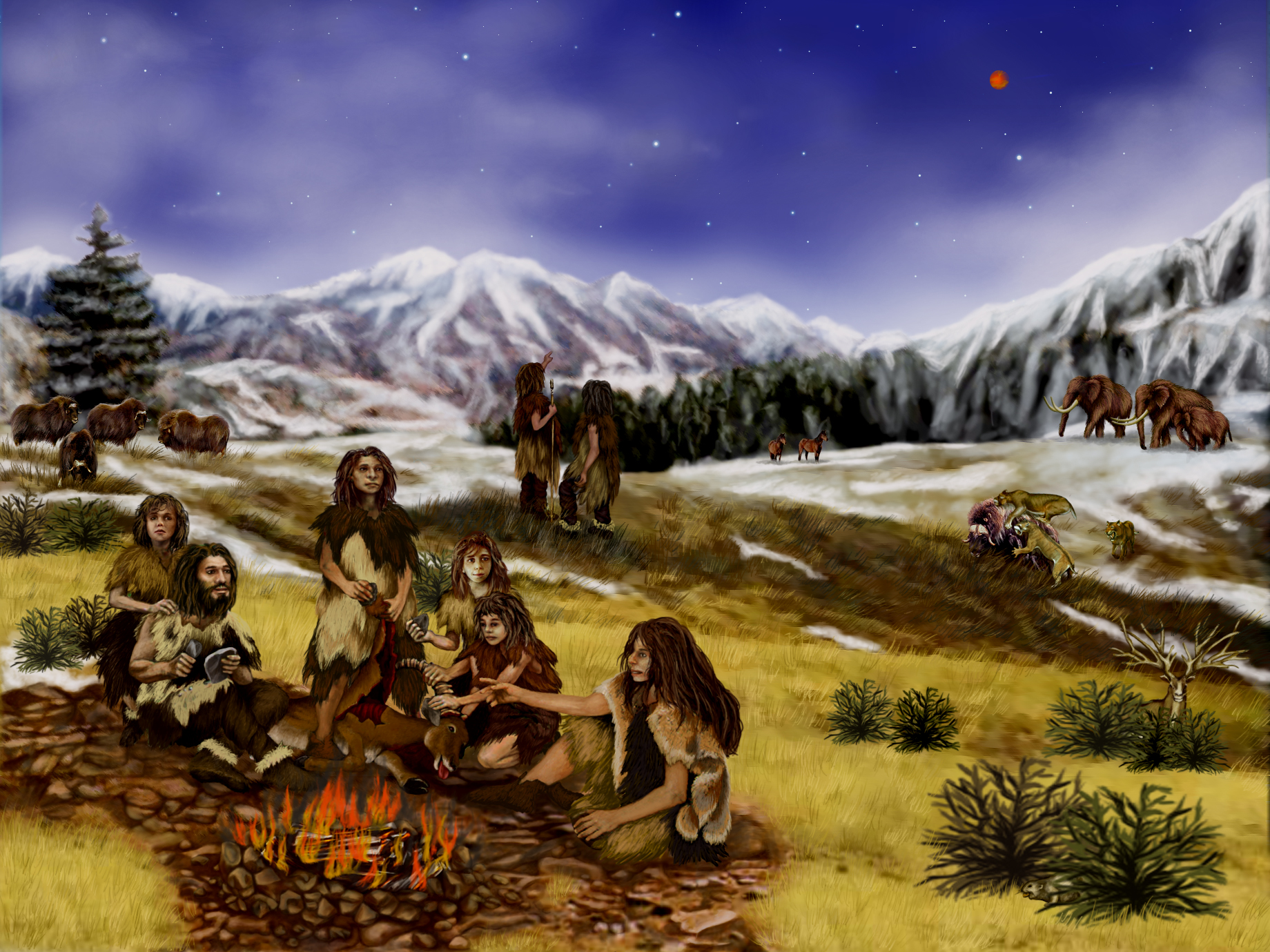 However, Sistiaga does explain another equally likely scenario: “Sometimes in prehistoric societies, they used their teeth as tools, biting plants, among other things. We can’t assume they were actually eating the plants based on finding microfossils in their teeth.”

Signs in the Soil

For a more direct approach, Sistiaga looked for fecal remains in El Salt, an excavation site located in Alicante, Spain, where remnants of multiple Neanderthal occupations have been exposed. Sistiaga and a group of colleagues dug out small samples of soil from different layers, and proceeded to work with Summons to analyze the samples at MIT.

In the lab, Sistiaga ground the soil into a powder and then used multiple solvents to extract any present organic matter from the sediment. Next, Sistiaga looked for specific biomarkers in the organic residue that would indicate whether the fecal remains were of human origin.

She and Summons then used the same geochemical techniques to determine the proportions of coprostanol, an animal-derived compound, to 5B-stigmastanol, a substance derived from the breakdown of phytosterol derived from plants.

Each sample contained mostly coprostanol, direct evidence of a largely meat-based diet. However, two samples held biomarkers of plants along with the coprostanol, which Sistiaga says may indicate a rather significant plant intake. According to Sistiaga, gram for gram, there is more cholesterol present in meat than there is phytosterol in plants- therefore it would take a large plant intake to produce small amounts of metabolized phytosterol.

This therefore suggests that though Neanderthals had a mostly meat-based diet, they possibly consumed a fairly regular portion of plants, such as tubers, berries and nuts.

“We believe Neanderthals probably ate what was available in different situations, seasons, and climates,” Sistiaga says.

Sistiaga, Summons and their colleagues intend to use similar geochemical biomarker techniques, along with micromorphological analysis, to analyze soil samples in Olduvai Gorge, Tanzania- a 1.8 million-year-old site where some of the earliest evidence of human ancestry has been discovered.

“We’re working in a micro context,” Sistiaga says. “Until now, people have carried out residue analysis on pots, tools, and other objects, but 90 percent of archaeology is sediment. We’re opening a new window to the information that is enclosed in Paleolithic soil and sediment.”

Previous articleThe CAER Heritage Challenge: can over 2,000 people explore over 2,000 years of history in just one month…?
Next articleThe occupation of Ninawa province by ISIS endangers Iraqs Heritage.