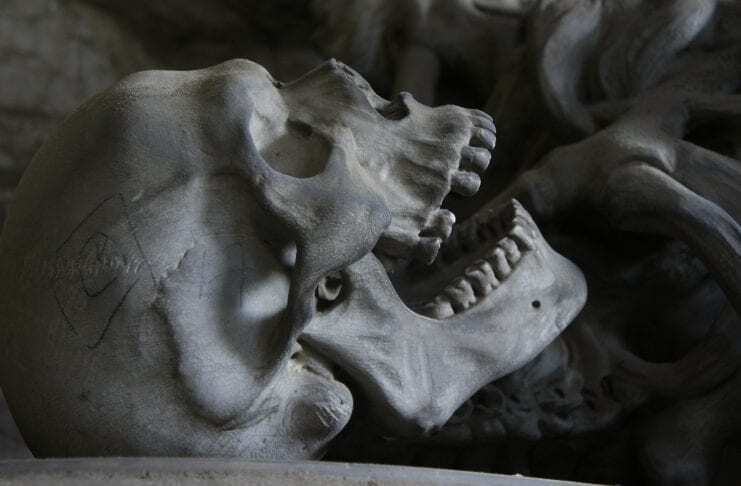 The Study of Human Remains: What does it really tell us? Part 1

The study of human remains can tell us a great deal about a society; status, wealth, religion and others.

When an archaeologist studies one set of human remains, he is seeking specific information about that one person. For what purpose is he looking for this individual’s information? The likely reason why he is looking for that information is to add to the body of knowledge about the society from which the individual has come.

Though one person’s remains can give you information about his/her society however, it must be compared and contrasted with other similar finds from area, as the data gathered from that person can only definitively tell you about them, their body and possibly their life and death. Archaeologists still look at and examine them as valid pieces of information, but the results tend to be pooled with those of other studies.  As Waldron (2001, 11) states, “Anthropologists or bone specialists, however, can not resist them (human remains), and in this respect they are rather like doctors who cannot resist a rare case”.

Depending on what the researcher is seeking, he may not require additional information about the group the remains came from.  As an archaeologist who studies past human culture and society, more information is needed than just what is provided by the remains of one individual.

Several of the examples which will be discussed in this paper contain evidence from the study of graveyards and burial sites. Additionally, the impact of socially dictated nutrition levels of different status groups within a society will be looked at, as well as the effect of age and sex on social determiners of status.

The effects of tattoos, as an individual or socially driven phenomenon, will be briefly discussed as well. The discussion will lead to several examples being illustrated as to why it is important to study a set of human remains for the individual’s sake, however, more thorough information can be retrieved when it is pooled with others of the same type It then can enhance or contradict other studies, moving the discipline forward.

Graveyards house many clues about what the lives of the people who lie there, were like. It is not feasible, however to determine the real story about a society based on the contents of a graveyard.  According to Renfrew and Bahn (2004), in order to get an accurate account of birth and death rate (as well as other information) about the population, the people who rest in the cemetery would all have to have been from all social classes, as well as all lived and died in the society during the period the cemetery was being used and no one was to have died in an outside location.

It is unreasonable to assume this would be so.  A hundred people in a given graveyard will usually only tell you about that particular hundred people, in that particular class and not give out the actual information about the society as a whole from which they came.  An example of this is the African Burial Ground in Lower Manhattan, New York City.

The burial was discovered in 1991 while constructing a federal office building.  The remains of approximately 400 African slaves were discovered. They had been buried at the site during the 17th and 18th centuries. Many historians believe as many as 20,000 people of African decent had been buried there during its use. The grounds were only in use until about 1812 and the remains were those of some of the original slaves and their descendants which were forced from their homes in their countries of origin.  The people in this type of burial were of a similar status, even though there were men, women and children present. Much can be ascertained about the people’s culture at that time. The ‘flow of traits’ (Jamieson 1995, 39-40) was the focus of early to mid 20th century burial excavation, however the focus has shifted to the inclusion of status, type of death, rites of passage and group affiliations.

A person uncovered in a burial ground who died as a result of particular type of trauma, will most certainly bear the signs of that particular type of death.  Does that infer that every inhabitant of the same family, group or society will have died in the same fashion? The answer is a fairly obvious…in a normal, societally dictated graveyard.  In a mass grave such as the one discovered in Towton, the people’s bodies which lie in the pit, all died in a similar fashion; by devastating battle injuries.

Following the War of the Roses battle at Towton in 1461 AD, the dead were buried in a mass grave in the town and were lost until the burial site was rediscovered in 1996.  It was examined along with others like it to determine if it was unusual as far as mass graves go.  A ‘normal’ Christian burial would certainly not have the bodies thrown in haphazardly in all directions and would normally have the dead lying in a west-east fashion.

The Towton burial had bodies on top of each other and tightly packed in general east-west and west-east axis as well as the occasional body strewn upon the top of the pile as if he didn’t fit in the line with the others.  The general conclusions which followed the investigation were that of time-consuming labor in burying the enormous amount of bodies, the lack of respect that came with burying the enemy and the overall disregard for the appropriate burial customs of the individuals (Sutherland 2000, 41).

A similar example is from Waldron (2001), who demonstrates and example of a plague pit assemblage in London where the occupants from the pit were of all ages and sexes and had succumbed to the Black Plague.

The dead in cemeteries and other burial sites are normally buried in social groups, not biological ones. The cemetery’s plague-stricken inhabitants were indeed an unusual find for that reason as all classes of people found their way into the mass grave. Another example of a plague pit is described by Sutherland (2000, 41) and Shoesmith & Stone (1995, 403). The bodies which were too long for the pit would have had the legs flexed to make them fit or they would be put in the wrong way, which is also not in accordance to a typical Christian burial.

The archaeologist investigating any of these types of mass burials would surely be inquiring about the others in the site and his curiosity would likely lead him to focus on the group as a whole. The ‘Whats, Whens, Hows and Whys’ are all questions he would seek to answer about the group dynamics, their commonalities and their group death.  It would be safe to assume that he would examine the others in the burial site to gather additional information about the society’s burial practices of those inflicted with the Black Death, or those who died in battle. One person’s affliction is only a small piece of the vast puzzle of information the group has to offer.

Previous articleDefect in blood could explain why Henry VIII became a tyrant
Next articleThe Vikings’ Finest Failure: Vinland and ‘The Field of Jellyfish’

Medicinal and Ritualistic Uses for Chocolate in Mesoamerica

Pet-Keeping and Animal Sacrifice as Seen Economically and Archaeologically

The Study of Human Remains: What does it really tell us? Part 3