Some of the extremely low-density, “cotton candy like” exoplanets called super-puffs may actually have rings, according to new research by Carnegie’s Anthony Piro and Caltech’s Shreyas Vissapragada

Super-puffs are notable for having exceptionally large radii for their masses–which would give them seemingly incredibly low densities. The adorably named bodies have been confounding scientists since they were first discovered, because they are unlike any planets in our Solar System and challenge our ideas of what distant planets can be like.

“We started thinking, what if these planets aren’t airy like cotton candy at all,” Piro said. “What if the super-puffs seem so large because they are actually surrounded by rings?”

In our own Solar System, all of the gas and ice giant planets have rings, with the most well-known example being the majestic rings of Saturn. But it has been difficult for astronomers to discover ringed planets orbiting distant stars.

The radii of exoplanets are measured during transits–when the exoplanet crosses in front of its host star causing a dip in the star’s light. The greater the size of the dip, the larger the exoplanet.

“We started to wonder, if you were to look back at us from a distant world, would you recognize Saturn as a ringed planet, or would it appear to be a puffy planet to an alien astronomer?” Vissapragada asked.

To test this hypothesis, Piro and Vissapragada simulated how a ringed exoplanet would look to an astronomer with high-precision instruments watching it transit in front of its host star. They also investigated the types of ring material that could account for observations of super-puffs.

Their work demonstrated that rings could explain some, but not all, of the super-puffs that NASA’s Kepler mission has discovered so far.

“These planets tend to orbit in close proximity to their host stars, meaning that the rings would have to be rocky, rather than icy,” Piro explained. “But rocky ring radii can only be so big, unless the rock is very porous, so not every super-puff would fit these constraints.”

According to Piro and Vissapragada, three super-puffs are especially good candidates for rings–Kepler 87c and 177c as well as HIP 41378f.

Follow-up observations to confirm their work won’t be possible until NASA’s James Webb Space Telescope launches next year, because existing land- and space-based telescopes lack the precision to confirm the presence of rings around these distant worlds.

If some of the super-puffs could be confirmed as ringed, this would improve astronomers’ understanding of how these planetary systems formed and evolved around their host stars.

Header Image – An artist’s conception of Piro and Vissapragada’s model of a ringed planet transiting in front of its host star. They used these models to constrain which of the known super-puffs could be explained by rings. Credit : Illustration is by Robin Dienel and courtesy of the Carnegie Institution for Science. 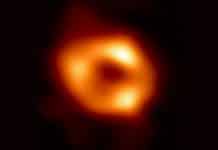 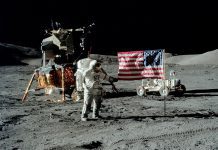 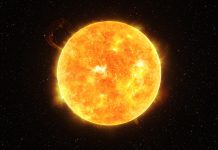 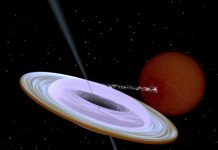 Death spiral: a black hole spins on its side 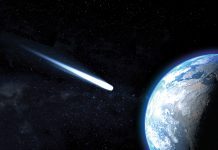 Cosmic cataclysm may have caused downfall of the Hopewell Culture 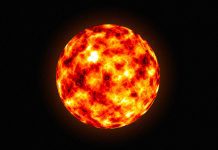 Scientists have shown how the freezing of a ‘slushy’ ocean of magma may be responsible for the composition of the Moon’s crust.