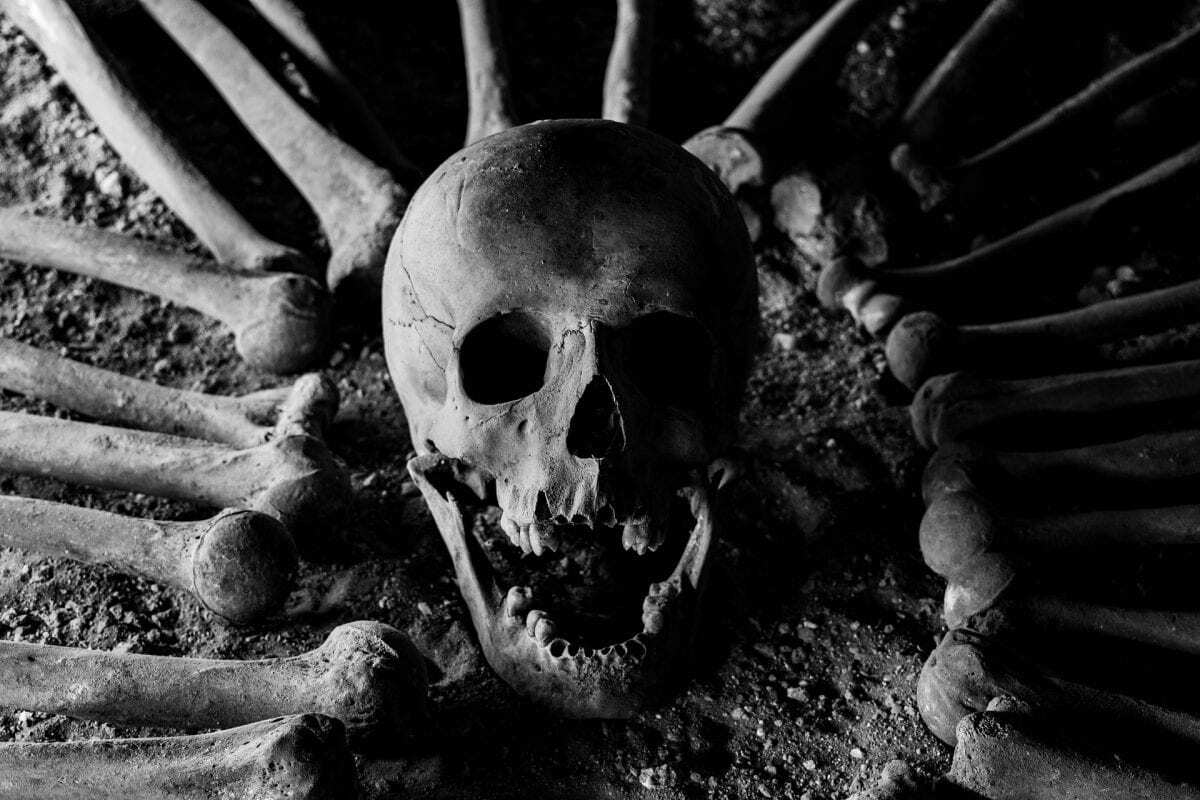 A team of University of Colorado Boulder anthropologists is out to change the way that scientists study old bones damage-free.

If that sounds like a macabre goal, consider this: Bits of well-preserved bones are valuable to researchers studying humans who lived thousands to hundreds of thousands of years ago.

These samples sometimes contain collagen, a useful molecule than can reveal a wealth of information about human remains–from how long ago a person died to what he or she may have eaten.

“Bone collagen is really a treasure within the realm of archaeology,” said Christina Ryder, a graduate student in the Department of Anthropology at CU Boulder.

Now, she and her colleagues have come up with a creative way to be thrifty with that treasure.

In research published this week in the journal Scientific Reports, the group describes a new method for screening bone samples to see if they contain collagen. Unlike existing tools that look for that type of tissue, the team’s approach won’t damage the bones in the process.

For anthropologists, the test could be “a game changer,” said study coauthor Matt Sponheimer, a professor of anthropology at CU Boulder.

“These remains have lain intact for thousands of years, so it always hurts a little bit to destroy a sample,” he said. “It’s doubly tragic if you do it, and it’s all in vain. That’s what we’re trying to prevent.”

It’s a goal that emerged out of many hours of frustration. Several years ago, one of Sponheimer’s colleagues was tasked with extracting collagen from a series of ancient bone samples. Collagen within bones is a bit like a birth certificate; if scientists can find enough of it, they can use collagen to determine the age of a human specimen through radiocarbon dating.

But this material, which helps to hold together human bones and other tissue, also doesn’t age well. Many skeletal remains, even those from well-preserved graves, don’t contain much of it.

“My student was spending weeks and, ultimately, months of lab time trying to get dietary info from ancient collagen, and it was working incredibly poorly,” Sponheimer said. “I thought to myself, ‘There has to be a better way.'”

As it turns out, there was. In their latest study, Sponheimer, Ryder and their colleagues discovered that they could calibrate a machine called a near-infrared spectrometer to test bones for the presence of collagen.

The process is surprisingly easy, Ryder said. The instrument, which operates by way of a handheld probe, scans samples of bone and then–in a matter of seconds–churns out an estimate of how much collagen is inside.

“I’ll tease that the longest part of the process is typing in the file name,” Ryder said.

Ryder added that the entire spectrometer is about the size of a briefcase, which means that the team can carry it with them into the field.

It’s already gone through one high-profile dry run. Last year, Ryder flew to Germany to meet with colleagues at the Max Planck Institute for Evolutionary Anthropology. The researchers wanted to date human remains uncovered from Dolni Vestonice–a one-of-a-kind archaeological site in the Czech Republic that hosts some of the oldest known examples of representational art in human history.

“The grad student on this project had only six vials of samples from human burials,” Ryder said. “That was all she had, and that was all anyone was going to have for the foreseeable future.”

Thanks to her near-infrared spectrometer, however, the researchers were able to limit how much bone they had to destroy for their radiocarbon dating. The group published its results earlier this month in the Journal of Archaeological Science: Reports.

And, Sponheimer said, the team’s method may one day also allow them to screen bones for the presence of something even more valuable than collagen: ancient DNA.

“For those who do this work, the practical benefits are obvious,” Sponheimer said.

UNIVERSITY OF COLORADO AT BOULDER