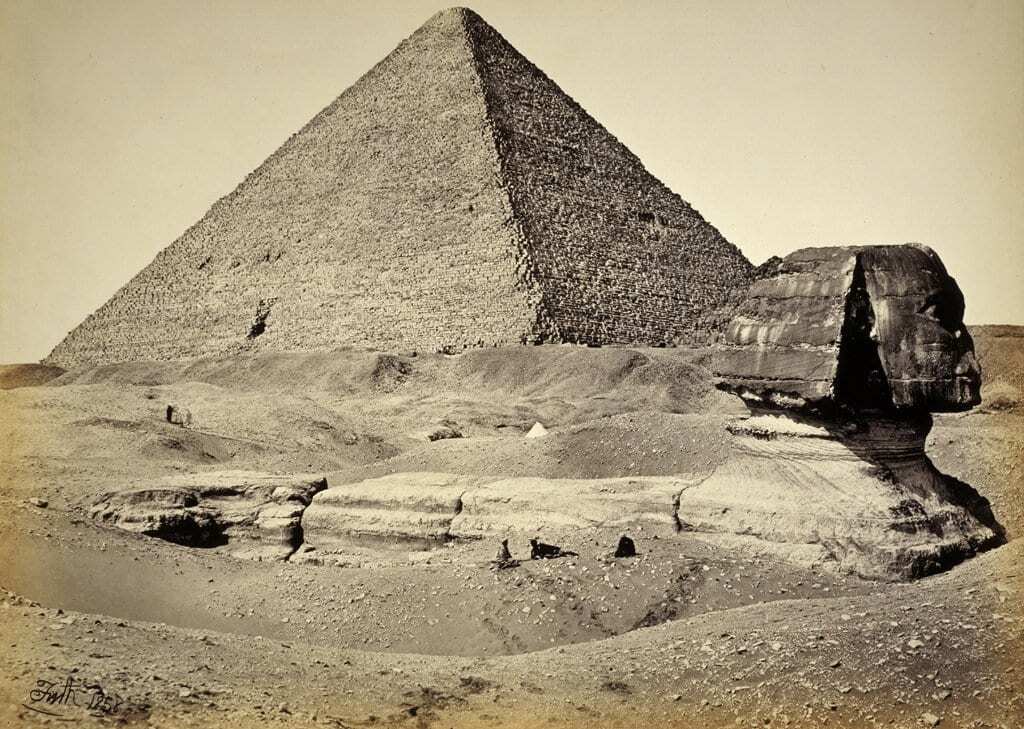 Saqqara is a vast, ancient burial ground in some 30 km (19 mi) south of modern-day Cairo in Egypt, serving as the necropolis for the Ancient Egyptian capital, Memphis.

Saqqara features numerous pyramids, including the world-famous Step pyramid of Djoser, sometimes referred to as the Step Tomb due to its rectangular base, as well as a number of mastabas.

The Colossi of Memnon are two massive stone statues of the Pharaoh Amenhotep III, who reigned in Egypt during the Dynasty XVIII. For the past 3,400 years (since 1350 BC), they have stood in the Theban Necropolis, located west of the River Nile from the modern city of Luxor.

Luxor Temple is a large Ancient Egyptian temple complex located on the east bank of the Nile River in the city today known as Luxor (ancient Thebes) and was constructed around 1400 BCE. In the Egyptian language it is known as ipet resyt, “the southern sanctuary”.

The Temple of Edfu is an Egyptian temple located on the west bank of the Nile in Edfu, Upper Egypt. The city was known in the Hellenistic period as Koine Greek: Ἀπόλλωνος πόλις and Latin Apollonopolis Magna, after the chief god Horus, who was identified as Apollo under the interpretatio graeca. It is one of the best preserved shrines in Egypt. The temple was built in the Ptolemaic Kingdom between 237 and 57 BCE.

Philae is currently an island in the reservoir of the Aswan Low Dam, downstream of the Aswan Dam and Lake Nasser, Egypt. Philae was originally located near the expansive First Cataract of the Nile in Upper Egypt and was the site of an Egyptian temple complex.

The most conspicuous feature of both islands was their architectural wealth. Monuments of various eras, extending from the Pharaohs to the Caesars, occupy nearly their whole area. The principal structures, however, lay at the south end of the smaller island.

The most ancient was a temple for Isis, built in the reign of Nectanebo I during 380-362 BCE, which was approached from the river through a double colonnade. Nekhtnebef was his ancient Egyptian royal titulary and he became the foundingPharaohh of the Thirtieth and last native dynasty when he deposed and killed Nepherites II.

For the most part, the other ruins date from the Ptolemaic Kingdom, more especially with the reigns of Ptolemy II Philadelphus, Ptolemy V Epiphanes, and Ptolemy VI Philometor (282-145 BCE), with many traces of Roman work in Philae dedicated to Ammon-Osiris.

The Ramesseum is the memorial temple (or mortuary temple) of Pharaoh Ramesses II (“Ramesses the Great”, also spelled “Ramses” and “Rameses”). It is located in the Theban necropolis in Upper Egypt, across the River Nile from the modern city of Luxor.

The Great Sphinx of Giza, commonly referred to as the Sphinx of Giza or just the Sphinx, is a limestone statue of a reclining sphinx, a mythical creature with the body of a lion and the head of a human. Facing directly from West to East, it stands on the Giza Plateau on the west bank of the Nile in Giza, Egypt. The face of the Sphinx is generally believed to represent the Pharaoh Khafre.

Cut from the bedrock, the original shape of the Sphinx has been restored with layers of blocks. It measures 73 metres (240 ft) long from paw to tail, 20.21 m (66.31 ft) high from the base to the top of the head and 19 metres (62 ft) wide at its rear haunches. It is the oldest known monumental sculpture in Egypt and is commonly believed to have been built by ancient Egyptians of the Old Kingdom during the reign of the Pharaoh Khafre (c. 2558–2532 BCE).

Archaeologists find evidence of gift diplomacy between Teōtīhuacān and the Maya