Offa’s Dyke is a large earthwork construction that is believed to delineate the border between the Saxon kingdom of Mercia and the Welsh kingdom of Powys.

The origins of the Dyke are debated but has been traditionally associated with Offa, the King of Mercia who ruled from AD 757 until his death in 796. Historians regard Offa as the most powerful Anglo-Saxon king before Alfred the Great, although no contemporary biography of him survives.

Offa was in frequent conflict with his Welsh neighbours, having campaigned against various Welsh kingdoms in AD 778, 784, and 796, as recorded in the tenth-century Annales Cambriae.

The Dyke may have been constructed to place a boundary between his domain, with some historians suggesting that there was a degree of consultation with the kings of Powys and Gwent. Whether the Dyke was intended as an agreed boundary, a defensive structure, a trade border or a status symbol remains an ongoing enigma for archaeologists. 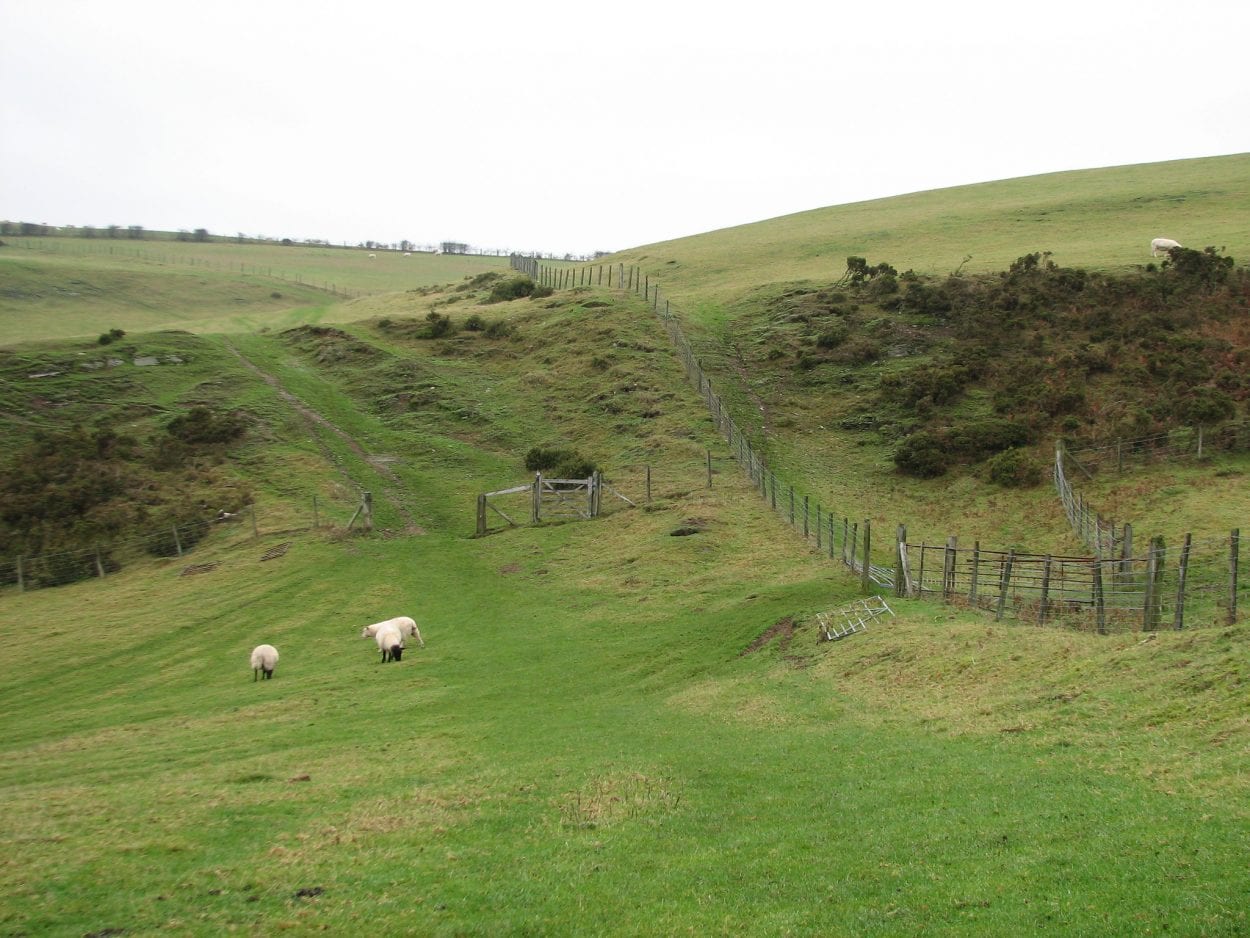 The first known account of the Dyke stems from the monk Asser, the biographer to King Alfred who wrote “a certain vigorous king called Offa……had a great Dyke built between Wales and Mercia from sea to sea.”

Offa’s Dyke ran for up to 169 miles (sources differ), roughly following the current border between England and Wales and remains one of the largest ancient construction projects in England, standing alongside other notable ancient walls such as Hadrian’s Wall which runs for around 73 miles.

The Dyke consisted of a ditch on the Welsh side, with the displaced soil piled into a bank on the Mercian side up to 20 metres wide and 2.4 metres in height. Another Dyke was also constructed to the east called Wat’s Dyke, which runs parallel for 40-miles through the northern Welsh Marches and as far south as Shropshire.

In contrary to the traditional view, radio-carbon dating by the Clwyd-Powys Archaeological Trust of redeposited turf suggests the construction of Offa’s Dyke between AD 541 and 651, with the lower layers dating from around AD 430 during the sub-Roman period.

This is also supported by a study of Wat’s Dyke, which was believed to have been constructed by Aethelbald king of Mercia who was succeeded by Offa. An analysis of Wat’s Dyke placed construction between AD 411 and 561, by dating eroded shards of Romano-British pottery and quantities of charcoal in situ but this has also been contested by later studies.

The food of the Vikings