The Nazca Lines are a series of ancient geoglyphs located in the Nazca Desert in southern Peru, constructed between 500 BC and 500 AD.

Most lines run straight across the landscape, with many designs featuring figurative images of animals such as stylised hummingbirds, spiders, monkeys, fish, sharks, orcas, lizards and plants that measure between 0.4 and 1.1 km (.2 and .7 miles) across.

The lines are formed by depressions or shallow incisions made in the soil of the Nazca Desert on an arid plateau, that when combined, measure a length of over 1300 km (808 miles) covering an area of around 50 sq km (19 sq mi).

Although some local geoglyphs resemble Paracas motifs (an Andean society existing between approximately 800 BC and 100 BC), most scholars believe the Nazca Lines were created by the Nazca culture.

It is worth noting that in 2018, drones used by archaeologists revealed 25 geoglyphs in the Palpa province that has been attributed to the Paracas culture, predating the associated Nazca lines by almost a thousand years and suggests that the Paracas culture may have been a possible precursor that influenced the development of the Nazca Lines.

The early Nazca civilisation was made up of local chiefdoms and regional centers of power possibly centered around Cahuachi, a site of pilgrimage in the coastal area of the Central Andes. Cahuachi contains around 40 mounds topped with structures built from earth and organic materials used for rituals and feasting relating to agriculture, water, and fertility.

The purpose of why the Nazca built the lines continues to be debated by Anthropologists, ethnologists, and archaeologists. Some theories suggest that they were created to be seen by deities in the sky, a form of irrigation/water flow, while others suggest that they were some sort of calendar with astronomical alignments. Similar to causeways in the Stonehenge landscape in Salisbury Plain England, another theory suggests that they were pathways for ceremonial processions.

The first published mention of the Nazca Lines was by Pedro Cieza de León (a Spanish conquistador and chronicler of Peru) in his book of 1553, where he mistook them for trail markers. The lines would remain relatively obscure from history until Peruvian archaeologist Toribio Mejia Xesspe brought the lines to the world’s attention at a conference in Lima in 1939 after spotting the lines whilst hiking in the nearby hills.

Paul Kosok, an American historian from Long Island University would be the first to carry out a study of the area, followed by archaeologist Richard P. Schaedel and mathematician Maria Reiche. A systematic field study of the geoglyphs was made by Markus Reindel and Johny Cuadrado Island who documented and excavated more than 650 sites.

In 1994 the Nazca lines were designated as a UNESCO World Heritage Site with over 800 straight lines, 300 geometric figures and 70 animal and plant designs having been discovered to date.

You can select full-screen mode on desktop by clicking on the “X” symbol beneath the map. For full screen on tablet or mobile, Click Here 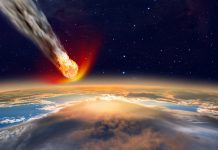 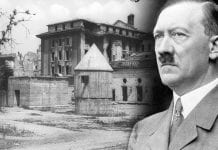 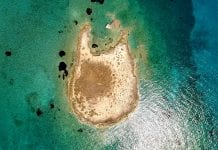 The Sunken Town of Pavlopetri 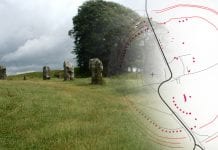 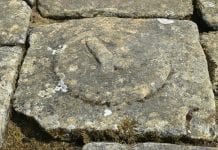 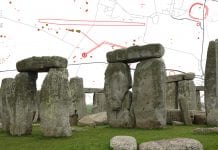 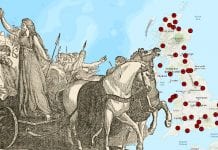 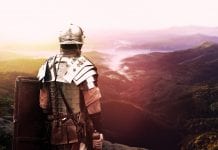 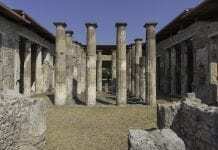